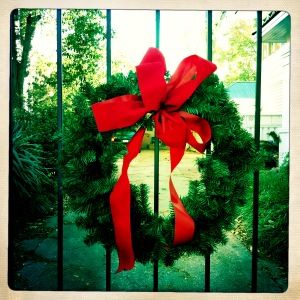 This has been an extremely busy pre-holiday season for me, thus, no writing!  But I've decorated my house to a fare thee well, entertained on several occasions, cooked some holiday foods, prepared for a federal review at work, and I'm now recuperating from bronchitis and getting ready to drive to Virginia for the holidays.

I hope everyone has a wonderful holiday surrounded by family and friends.

Email ThisBlogThis!Share to TwitterShare to FacebookShare to Pinterest
Labels: Christmas

Thoughts of Food on a Cold Winter's Night 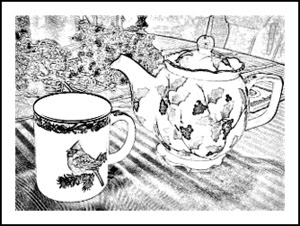 I spent much of a Christmas holiday a few years ago in the mountains of Southwestern Virginia where I was born and reared, and where my mother, my two sisters and our families gather every year.   An ice storm's aftermath, plus a dusting of snow, had provided us with an icy, cold, white Christmas.


One frosty night I decided I wanted a pot of spiced tea that, in our family, we have always called "Russian tea."  I had only made the instant mix in the past, so my mother had to show me how she mixed up the pitchers of Russian tea that were often in the refrigerators at our house, or at our grandmother's house, during the winters of my childhood.  Soon, a saucepan containing water, cinnamon sticks and whole cloves was simmering on the stove, filling the house with its fragrance.  We next made a pot of tea, then added orange juice, lemon juice, sugar and the liquid strained from our spices.  I kept inquiring about a recipe but my mother worked intuitively and with frequent taste tests.


Once the tea was made and I was sitting with my steaming cup, my mother retrieved her recipe box from the kitchen shelf.  Inside the box were 3 x 5 note cards, newspaper clippings or handwritten scraps of paper representing my childhood in the form of recipes for casseroles, salads, cakes, cookies--even my grandmother's Russian tea recipe!

My mother began to look at each recipe, culling out duplicates, or dishes she said she would never make again.  As she discarded recipes, I would often protest, "But these have historical value, you can't just throw them away." 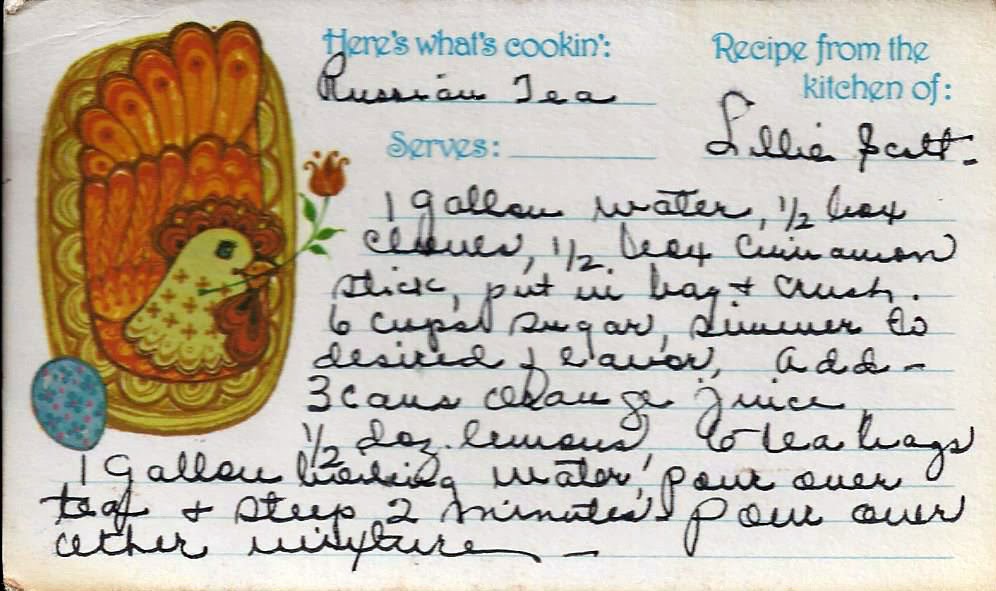 I started my own stack of cards, and that is how I came to own my grandmother's Russian tea recipe written in her own cursive handwriting, my Aunt Dean's recipe for Christmas fruit drop tea cakes and a version of Snicker Doodle cookies made by Mrs. Brown, an older woman in our neighborhood.  All of these women have passed away, but each was alive again as we read their recipes.  I copied my mother's recipe for lemon squares that I had needed several years ago for a party, and didn't have, and recipes from my sisters for blueberry cake and moist 'n creamy coconut cake.  My mother and I spoke of recipes we wished we had--my maternal grandmother's roll recipe that called for potato water and my paternal grandmother's recipe for carrot cookies.

Reading recipes on a cold winter night in Virginia helped me remember many magical times from my childhood and evoked memories of family and friends.  I know how fortunate I am to have grown up in a household where we had plenty to eat, surrounded by a loving, extended family.

M.F.K. Fisher, the essayist who writes about food in many of her books, stated it this way: "When I write of hunger, I am really writing about love and the hunger for it, and the warmth and the love of it."    She went on to add that, "...with our gastronomical growth will come, inevitably, knowledge and perception of a hundred other things, but mainly of ourselves."
Posted by Teresa at 11:30 PM 3 comments:

Hampstead, Kansas is caught in a deep freeze which is affecting not only the weather but apparently the characters in Charlene Weir’s fifth Susan Wren mystery.   Weir immediately sets a tone of desperation touching the lives of many Hamstead residents at Christmas.  There is an immediate feeling of foreboding, followed by some graphic descriptions of the deaths that occur--it doesn't seem like a "cozy" mystery.

Initially Weir introduces a lot of characters quickly and it seems like a creepy furnace repairman is the only connection among them, but eventually the small town relationships emerge.  To me, as an introduction to Weir's Susan Wren series, this mystery does not work well as a stand-alone book.  Since I haven’t read any of the earlier books I had no idea who some of the characters were or their relationships with Police Chief Wren, e.g., other police officers who were at home sick with the flu.

There seemed to be a lack of character development but the plot kept me turning the pages as the book drew to an end.  The family around whom the main murder mystery evolves both evoked my sympathy and extreme irritation.  I was hoping someone would intervene before child protection got involved.  One Good Samaritan did step in to help but it seemed to be a one and done attempt.  Again the book's focus seemed to be people in town who were socially isolated for one reason or another—illness, abusive husband, sanctimonious busybody, a character too proud to ask for help, people under stress who were basically unhinged.  Important details about the characters seemed to  emerge willy nilly in the book.  To me it read like a draft rather than a finished product.  Weir dedicated A COLD CHRISTMAS to mystery writer Susan Dunlap who had advised Weir that a book could be created from a manuscript of complete confusion. Maybe so, but the initial problems of the manuscript show.

Even noting all these issues with this book, I would read another of Weir’s Susan Wren novels to see if they make more sense when I start at the beginning of the series.  Weir’s first Susan Wren mystery THE WINTER WIDOW was winner of St. Martin's award for best traditional mystery.