My Strange Affection for the Tractor Supply Company

At my writers' group last week, we were instructed to write for ten minutes on “What I Am Drawn to in a Way I Can’t Explain.” As I wrote I was trying to figure out what, if anything, fits that description for me.  When our time was almost up, I remembered Tractor Supply Company (TSC), specifically the Tractor Supply in my hometown of Marion, Virginia.  I love that store.

The fact that it is easy walking distance from my mother’s house may partially explain the attraction, plus I grew up in small town America with a mother from a farm background.  However, my mother lived on a farm during the Depression so her stories were of hunger and hardship, instead of the beauty of the hills surrounding their small farm.

I’ve lived for over 30 years in the mid-sized city of Shreveport, Louisiana in a centrally located urban neighborhood where shopping, restaurants and all amenities are minutes away.  I personally don’t feel the call of rural living until I step inside a Tractor Supply Co. store, then my inner farm girl comes out.


I’m immediately attracted to the small plastic farm animals that are usually located near the entrance inside the TSC stores.  Made by Schleich, a German company, the animals are so realistic, sturdy and well-made.  It’s all I can do not to buy some.  Analyzing my impulse, I remember as children, my sisters, and I collected small plastic animals that we would buy with our allowances from the local five and dime store.  We would play with our little figures in the backyard, digging in the dirt, creating mini-universes.  I can imagine children today could have fun with the TSC farm animals, especially if you add a miniature John Deere tractor.
I head next toward the rows of rubber rain boots in green, yellow, red, and more designs than a person can remember--boots with pink and purple flowers, black and white polka dots, multi-colored stripes, and movie figure motifs.  Foregoing fashion, a true farmer can buy the ever practical, heavy-duty plain rain boot in black.  I usually try on boots but never find any that are fit well and are comfortable.  I’ll have to be satisfied with the small red pair of child’s rain boots that I purchased at a yard sale several years ago.  I display them in my garden shed and use them to hold some of my gardening tools. 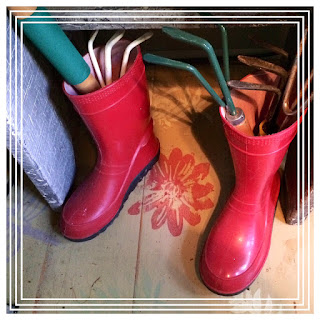 I always include the magazine and card kiosk in my store visit.  I look through all the rural-themed cards to see if any are appropriate for someone I know.  If my timing is right, I buy Christmas cards there at the after Christmas sale to send the next Christmas—cards featuring pictures of barns with wreaths, farm dogs and barn cats or horses in the snow.
I look at each magazine and manual in their display, from Mary Jane’s Farm, Grit magazine (descended from the Grit newspaper young boys would hawk to my father and uncles in my family’s downtown furniture store when I was a child) and Organic Gardening to the more-western themed American Cowboy, Cowboys and Indians, and  American Quarter Horse Journal.  I usually end up buying a couple magazines because I can’t help myself.  I know my local book store in Shreveport probably carries some of the same magazines, but it’s not the same. 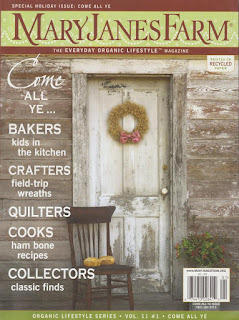 I always examine the manuals on raising chickens or bee keeping, and other bucolic occupations, that I have zero intention of ever doing.   The last time I was in a Tractor Supply store, the center of the store was filled with troughs of baby chicks.  I spent ten minutes studying them to see which I would prefer, strictly from an aesthetic sense.  It was like attending a chick beauty contest. 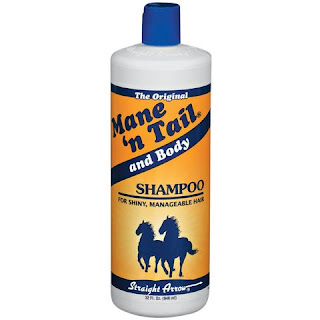 I also like other unusual products I see on the shelves.  The stores stock pet items, lawn and garden products, animal feed, horse supplies, welding materials, and a plethora of other goods.

I decided to learn more about these stores since I’m such a fan.  I read that the Tractor Supply Company was founded in Minot, North Dakota, in 1938 as a mail order company selling tractor parts.  I lived in South Dakota for a couple of years, so maybe living next to ranchers rubbed off on me.

Today Tractor Supply Company is the largest retail farm and ranch store in the United States.  They are headquartered in Brentwood, Tennessee, outside of Nashville.  I attended graduate school at the University of Tennessee and lived in east Tennessee for 7 years.  Maybe that Tennessee country vibe seeped into my blood.
Tractor Supply Company now has over 1,085 stores in 44 states.  I did find myself wishing I had bought stock in the company when I found out that Fortune magazine named Tractor Supply to its list of the 100 fastest growing businesses in 2004.


I can’t really explain my love for the store, but if I need an adult field trip when I’m in my hometown, Tractor Supply Store is where you’ll find me.

My blog this Memorial Day is primarily an excerpt (the long quote is indented) from my mother’s personal history that she wrote for us--she was a young woman working in the office of a hosiery mill in Marion, Va. in the section below:


In the fall of 1943, Bill Bowman, the office manager at the hosiery mill, brought a nice-looking young man by the office who had worked there one summer.  His name was Earl K. Hart.  He had quit William and Mary College in his second year to join the Air Force.  From the moment we met there was a mutual attraction.  We saw each other most every evening for the next two weeks of his leave.  When he left for flight training we began writing often, then daily.  He was the first person I had dated who I knew cared as much for me as I did for him.  In some ways, I guess it was a typical, whirlwind, war-time romance.  Our courtship was mostly through letters.  When he was awarded his wings, he sent them to me.  Before he was shipped overseas, he asked me to come to Calhart, Texas, with his parents for several days.
I really couldn’t afford to go.  I was making about $100.00 per month.  I tried to give Mother a little money when I could.  Somehow, I managed to save enough money, but his parents insisted on buying my train ticket and Earl paid for my meals, so my expenses turned out to be minimal.
We had a long, tiring train trip out to Texas, sleeping in a day coach.  The time spent there was happy and sad.  Most of the time we spent with his parents.  We went to the officer’s club one night and danced to songs like, “People Will Say We’re in Love,” “Don’t Sit Under the Apple Tree,” “I’ll Walk Alone” and “Time Goes By.”  Every girl I met was waiting for her husband or boyfriend to shipped overseas.  Even the air, as well as the music, seemed charged with emotion.  Earl gave me an engagement ring the next day.  When I showed it to his parents, his mother’s only comment was, “It’s pretty.”  He was her only child.  She was not ready to give him up to Uncle Sam or me.
Our trip back was depressing.  Mrs. Hart couldn’t eat or got sick if she did.  I remember when I returned to Marion, it was April and the country side was bursting with signs of spring; yellow forsythia, redbud, jonquils and very green grass.  I felt a ray of hope, even though I knew Earl was on his way to England.  He would be flying bombing missions over Germany as co-pilot of a B-17.
In July, three months later, I had two unexpected visitors at the office.  One was Virginia Currin and a co-worker of hers.  Both worked at Virginia-Lincoln Co. where Earl’s father worked.  They told me the Harts had received the dreaded notification that Earl was “missing in action” over Germany as of July 19, 1944.  My world crumbled.  I left work for the rest of that day.
I immediately wrote letters to wives of some of the crew members who I had met in Texas.  Later, I received a letter from one of the crew who for some reason did not go on that particular mission.  Only five of their regular crew went.  He described what those in the other planes saw—how the plane was hit on its left wing, then on the bomb load and blew into pieces.  Three parachutes were reported seen descending from the plane.  Later, it was learned that only one crew membered survived.  He was Doyle J. Borchers, a waist gunner.  He was captured by the Germans and imprisoned.  Mrs. Hart received a letter from Borchers in June, 1945, saying: “Many time I thanked God that Earl and the others were not with me through some of the experiences in those awful months.”
During the weeks following the MIA message, I eagerly anticipated mail time and was painfully disappointed when letters I had written were returned and I also received letters from Earl that he had written just prior to that fateful day.  The last one was dated July 18.
About the time of his last mission (maybe the actual time), I awakened one night and had trouble going back to sleep.  I reread the daily devotional from “Light for Today.”  I saved this for a long time afterwards, as I found it comforting.  The prayer went something like this, “Lord, give me faith so strong that it cannot be moved nor shaken by the turmoil of this world.”
…..Earl’s parents, especially his mother, grieved the rest of her life.  I had to stop going to see them often, as it was too depressing.  I realized I had to go on living and working.  As someone has said, in life we must learn when to hold fast and when to let go.
After the war, Earl's grave was located in Germany and his remains were shipped back to Marion for burial.  Mother took my sisters and me to that hill top cemetery to see the grave site one time.

In 1945 my mother met a young sailor home on leave, Joseph Justin Scott.  She was a boarder in the home of his uncle and aunt.  She reported that she already knew several of Justin’s family before she met him and had a lot of respect for the family.  He asked her to write to him when his leave was over, and she did.  In December 1945 he returned to Marion , discharged from the Navy.  They began dating and in 1947 were married.
Justin Scott was my dad.  After they were engaged, Mother wrote:  “It was wonderful to regain a sense of hope and to make plans for the future in a normal, peace-time atmosphere. “
On this Memorial Day we pause to recognize those who fought and died.  In my hometown of Marion, Virginia, each Memorial Day people arrange for a flag and a cross to be placed on the courtyard lawn to represent those individuals who served their country and are now deceased.  There is also a parade each year.  Since I'm not there this year, I'm including a couple of photos taken by friends and relatives in Marion.  I hope they don't mind my sharing their moving photographs from small town America.