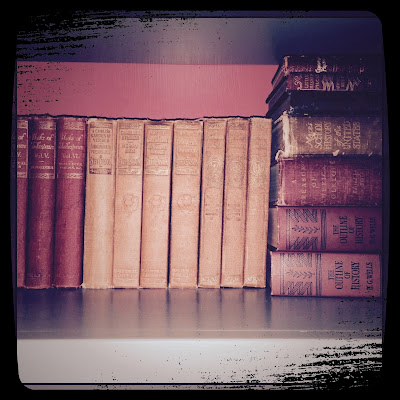 I’ve been reading, but of course you know that if you know me at all.  I’m always reading.  It may be “worthwhile” reading that educates or improves me in some way or expands my mind—that covers quite a bit of territory there—or pure escapist fare.  And I frequently engage in the guilty pleasures of the latter, even as I hear my mother's voice inquiring in a delicate, sincere, and non-judgmental manner, “Teresa, don’t you often find that they are not as well-written?”   This from the woman who primarily read good literature, books that warranted the descriptor, Literature.
That said, here are some of the books I’ve read in the last few months, arranged alphabetically according to author’s last name:
We’ll Always Have Paris: A Mother/Daughter Memoir, by Jennifer Coburn.  Naperville, IL: Sourcebooks, 2014
Coburn is a young mother, convinced that she will die young, who wants her daughter to have special memories of their time spent together.  In 2005 they go to Paris and London together, followed by Italy in 2008, Spain in 2011 and Amsterdam and Paris in 2013.  Coburn writes of their adventures, some revolve around must-see tourist attractions that often involve climbing hundreds of steps to a high vantage point.  As I continued to read the book I realized that Coburn is seeking to view her own life with more clarity.  She writes as much about her relationship with her deceased, jazz musician father who popped into and out of her life with regularity as she does about the countries that she and her daughter visit.  Coburn is adventurous and anxious at the same time, both as a traveler and as a parent.  The trips start when her daughter is 8 and ends when she is 16.  Humor, pathos and their experiences in Europe made this enjoyable reading for me and reminded me of my mother’s “Grand Adventure” when she and I took a tour of four European countries the year after my father died.
The Year of Magical Thinking, by Joan Didion.  New York: Vintage Books, 2006.
A National Book Award Winner, this memoir by Didion captures the year following the sudden death of her husband and the grave illness of their only child.   Didion and her husband,  author John Dunne, are members of the New York literati whose lives are different from most of her readers’ lives, but she writes with such clarity and sincerity that the book is accessible and memorable for all.  As she seeks to understand these events in her life, she intersperses her personal saga with references to research she does in her search for answers.   I read this following the death of my mother, yet I didn’t find it depressing.
Leaving Before the Rains Come, by Alexandra Fuller.  New York: Penguin Press, 2015.
I love all of Fuller’s earlier books, Don’t Let’s Go to the Dogs Tonight: An African Childhood, Scribbling the Cat: Travels with an African Soldier, and Cocktail Hour Under the Tree of Forgetfulness as she describes her fascinating and slightly dysfunctional family and their adventures in Africa.  Fuller eventually married, had children and moved to Wyoming with her husband.  She continues her memoir as she examines her marriage, which is disintegrating despite the regard and loyalty that she and her husband feel for each other.  Part of the memoir takes place in Africa but most of the action and contemplation of taking action occurs in the U.S.  While I didn’t enjoy this book quite as much as her earlier ones, her descriptions and writing style continue to make her one of my favorite authors.
Star Island, by Carl Hiaasen.  New York: Grand Central Publishing, 2011.
Stormy Weather, by Carl Hiaasen.  New York:  Alfred A. Knopf, 1995.
What can you say about Carl Hiaasen ‘s novels?  They aren’t like any others.  They are always outrageous and often crude. The action takes place in Florida with recurring characters Skink, the former governor of Florida who has gone off the deep end and subsequently into the depths of Florida’s wild swamplands where he lives as a half-crazed environmentalist, dedicated to saving Florida from overbuilding and exploitation, and his old friend Jim Tile who comes to Skink’s assistance when he is spinning out of control.  Skink eats road kill and helps people in trouble when their paths cross his in some highly outlandish way.  Hiaasen definitely has developed a formula for his books but, for some reason, I find them humorous and entertaining.
Grace Against the Clock, by Julie Hyzy.  New York: Berkley Prime Crime, 2014.
A friend passed this book along to me, so I read it but it is not one I would recommend.  Hyzy writes several mystery series, the White House chef series and this Manor House Mystery series.  This book is part of the latter.  Grace Wheaton is curator and manager for the Manor House museum.  The museum has agreed to host a charity gala to raise money to restore the town clock, their community’s equivalent of Big Ben, but the project gets off to a rocky start when one of the sponsors drops dead before his speech.   There is no shortage of suspects, and Grace must move quickly to prevent additional deaths.  Those who start reading at the beginning of the series may find this book more enjoyable than I did.
For every book I read, it seems ten more appear in my library that I want to read.   I am swimming against the tide.  So many books, so little time…. 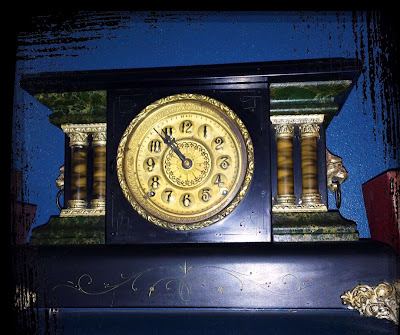 A Timely Topic & a Vintage Mystery 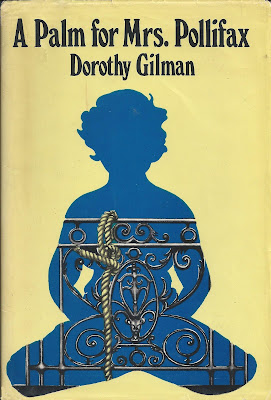 A Palm for Mrs. Pollifax by Dorothy Gilman was published in 1973, but is surprisingly and unfortunately current in the political concerns described.  To enjoy this mystery, the reader must suspend belief long enough to accept that the C.I.A. periodically recruits and uses Emily Pollifax, a sixty-plus-year-old grandmother, for clandestine operations.  In her off time Mrs. Pollifax gardens, does a little yoga, and serves on a save-the-environment committee.  She also keeps current on her karate chops.
Gilman’s plots are fast-paced enough to engage the modern reader, but are old-fashioned in today’s mystery market.  There is no cursing or sex in Gilman’s books, but plenty of action and ingenuity.  Mrs. Pollifax is sent to Switzerland to an upscale health spa, ostensibly to recover from a virulent strain of the Hong Kong flu, but actually to investigate missing plutonium, some of which has been traced to a package mailed to the Swiss sanitarium.


There is urgency to her mission.  Small amounts of plutonium have been stolen from several sites and soon the thief will have enough for an atomic bomb.   During her first weekend at the spa, Mrs. Pollifax meets fellow guests, including a bright, but frightened ten-year-old boy whose grandmother is a patient at the spa; a jewelry thief; another agent also stationed at the spa; and a host of villains.
Mrs. Pollifax quickly uncovers a plot to depose the king of a small desert country friendly to U.S. interests. The villain believes Allah speaks directly to him and tells her at one point, “The benefits are Allah’s, I am only the Instrument…” as he discussing the necessity of killing her and other hostages for the greater good.  He believes the time is right for a holy war.  He says, “One of the five pillars of the Moslem faith is the people’s willingness to participate in jihad….The Moslems have waited a long time….Nasser promised hope at first but it was Allah’s will that he be struck down.  Now Moslems quarrel among themselves.  There is Quadaffi and there is Sadat and Hussein and Jarroud and we are all divided but I shall unite us in jihad….and impose peace on the whole world.”  His plan to impose peace involves the stolen plutonium and an atomic bomb.


The suspense of the plot isn’t who the villain is, but can he be stopped before more lives are lost.  He is already responsible for the death of two agents--can Mrs. Pollifax and her new friends avoid being next?
I like Dorothy Gillman’s characters, including Mrs. Pollifax.  Her plots are suspenseful without being unduly violent.  There is an underlying humor.  Her descriptions are memorable.  She describes persons who kill for a living as having no soul and blank, empty eyes.  She writes of water gurgling “obscenely” when a murdered man is discovered in a therapy pool.


Several other things strike me about this novel.  It foretells an era of turmoil in the Moslem world and the desire of a few delusional men to kill indiscriminately in order to control the world in the name of Allah.  It also brings to mind the fate of the real Arab world leaders Gilman mentioned above, and what has transpired in the political vacuums they left behind in their respective countries.
Mrs. Pollifax has a positive impact on the situation she faces and resolves in the name of the U.S. government.  There is definitely a Frank Capra-esque quality to the Mrs. Pollifax books. There is patriotism, a belief in American ideals, in good government and good citizenship, a faith that right will prevail and that the right path is obvious.  Unfortunately, more modern actions by the U.S. government to stop jihadists are not as clear-cut and have not turned out as well.
Posted by Teresa at 7:01 PM 4 comments: