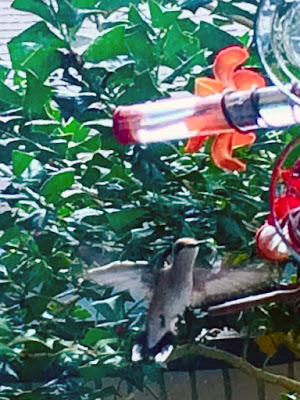 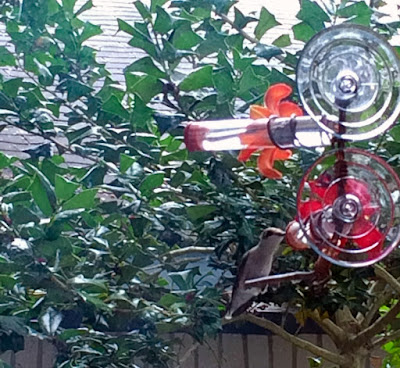 I feel like I’m just resurfacing from this tropical paradise where I was surrounded by cobblestone streets, Spanish buildings from the 1700’s, walking paths through tropical gardens lush with vibrant colors and verdant greens, volcanoes rising above Mayan villages across a deep clear lake. Paradise did have a few water and plumbing issues, e.g., we had to drink bottled water much of the time, shower water might be cold or tepid, and one hotel had a sewer line issue as a worker made the rounds of the rooms every day with a plunger. None of this was a big deal, except maybe the latter.

I couldn’t speak the language of the people who live in the tropical paradise, but it didn't matter because their kindness and consideration were easily comprehended. I could read all the signs that said Escape to the green area in case of emergency, i.e., earthquakes. And I believed those signs, because in Antigua, which means ancient, I saw piles of huge boulders behind facades left standing, vestiges of 1970’s or earlier earthquakes.

Now that I’ve resurfaced in Louisiana, I’m in this hot humid climate that’s kind of like the paradise I left, except for a lack of tropical flowers and volcanoes and an infinity pool overlooking a deep clear lake and cooler temperatures at night, but our place in Louisiana does have plumbing issues, just like paradise did.

For a week after my husband’s and my return, plumbing problems dogged our steps. We knew we had a water leak. Our house sitter saw water coming from under the house and notified us while we were out-of-town that she had turned off the water at the meter.

Once we got back, we found we had four plumbing problems, but of course they didn't manifest themselves all at once.  That would be too easy, so three plumbers later, but only one plumber who actually did something--he came to our house three times on three different days in order to make our almost one hundred-year-old house conform to the plumbing standards my husband and I have come to expect, at least in our home.

I could argue that these issues marred our reentry from paradise, but perhaps paradise’s iffy plumbing prepared us for what we encountered upon our return to our house: filling five gallon buckets for flushing and washing; buying gallons of bottled water for drinking; having no running water, having some running water while turning the water off and on at the street; having only brief access to running water because muddy water gurgled like a geyser next to the water meter whenever my husband turned it on; having no hot water in the big house, relying on our back cottage for hot showers; discovering a stopped-up sewer line that caused standing water in the downstairs bathroom and library; having no usable toilet facilities in the main house, requiring that we access the toilet in the cottage. And finally, our water woes are at an end.

Now I can process my experiences in the tropical paradise—actually a two week vacation in Guatemala, where we visited Antigua, Panajachel, Lake Atitlan, and several small Mayan towns. I want to write about the often overlooked Latin American country of Guatemala in my blog, so hopefully I can access all the photos on my aging Iphone, because right now I can see them on my phone's camera but that's it.  There they stay, I can't email them to myself, can't save them to my computer, but I'm not complaining--at least the toilet flushes.