Jack White at the Municipal

Our summer musical experiences started in early summer when Jack White played Shreveport’s historic Municipal Auditorium.  Though he says the manager/lawyer types tried to dissuade him from playing this small venue in a mid-sized city, Jack White told the audience during the concert, he insisted on it being included.  And Shreveport loved Jack White! 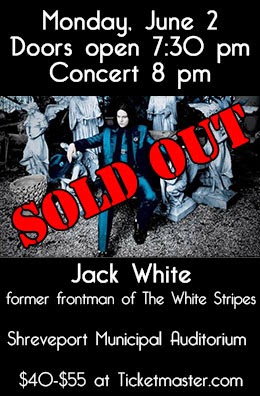 I knew who Jack White was before we heard him in concert, because he seemed more intellectually curious and daring than many musicians-- truly interested in and appreciative of the historical roots of music.  Take for example, his 2004 collaboration with Loretta Lynn that netted them two Grammy awards!  While I remembered a few facts about him, I wouldn’t have called myself a big Jack White fan.
In the time leading up to the concert I spent a month in Virginia with my mother because she had a medical crisis.  I had to postpone my return to Louisiana several times.  Ricky kept sending me videos of Jack White, “On this video he is playing with the Buzzards.”  “Watch this one, he’s playing with the Peacocks.”  As I delayed my return home, Ricky was supportive.  “Stay as long as you need to,” he would say, “but try to be back by the Jack White concert.”


I made it home with some days to spare, and Jack White was a frequent supper table topic in the days before the concert.  “Some say he is playing with the Buzzards on this tour, some say it’s the Peacocks,” he would tell me.  Ricky watched lots of videos of Jack White on the internet in the days leading to the big night.  “He really puts on quite a show,” Ricky would tell me. 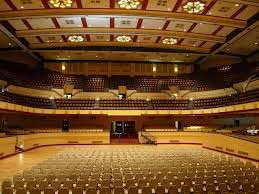 On the evening of the concert we arrived at the auditorium about 7:00 pm to find an orderly line winding down the block of people waiting to get into the venue.  We filed in with a much younger group of concert goers sporting multiple tattoos.  Ricky and I felt we were representing Baby Boomers.  We were “naked” without tattoos, but we were able to climb the flights of stairs to our seats in the second balcony without supplemental oxygen.  Our seats were straight on in front of the stage, albeit high up.  I was happy that our balcony seats didn’t have a drop-off over the rail in front of us as a couple of inebriated young women stumbled up and down the steps.  I would have been a nervous wreck.
After a lackluster set by a warm-up group, Jack White and his band, mostly male with a female fiddle player, took to the stage and took over the auditorium.  When the music started, my chest was vibrating from the sound waves that pulsated through the air straight toward us.  I couldn’t even fathom what the general admission audience was feeling as they crowded in front of the stage.  As a Boomer, I don’t exactly have perfect hearing.  I decided to preserve what was left of it.  I looked in my purse for tissues, which I then stuffed in my ears.  Ahhhh, I could now enjoy the music.  At one point, Ricky looked at me and asked, “Are my ears bleeding yet?”


We loved the energy and virtuosity of the band and, in the process, gained a bit of street “cred” with the children of our friends.  I hope they never found out I had tissue stuffed in my ears the whole concert.  Ricky’s comment was, “They are even louder than The Who!”
The set list for Shreveport, according to  Setlist.  I can’t tell if it's accurate except I know he closed with Shreveport’s Leadbelly  song, Good Night, Irene.

Jack White requested that the audience refrain from taking photographs (which many people ignored) and said there would be multiple photos from the concert on his website for audience use.  These are a few of those photos. 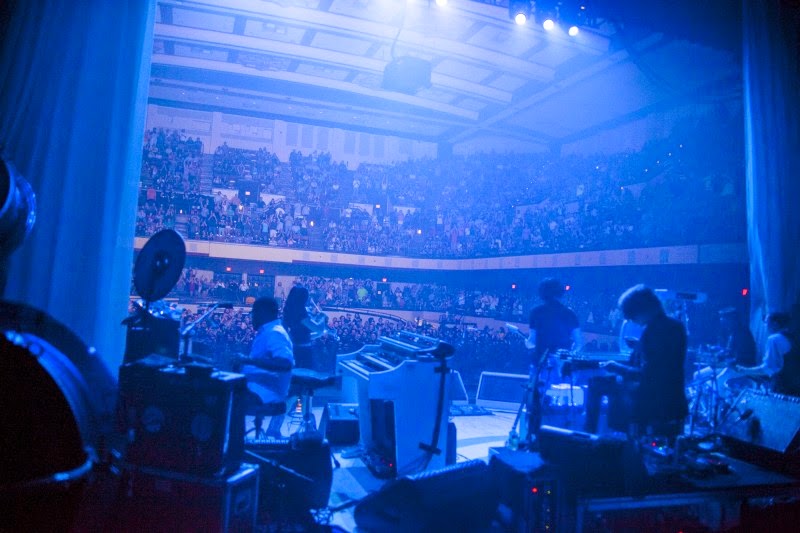 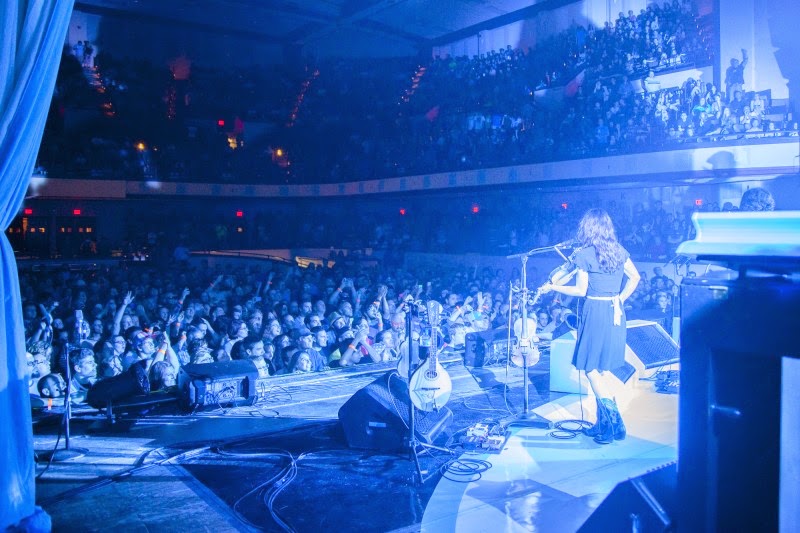 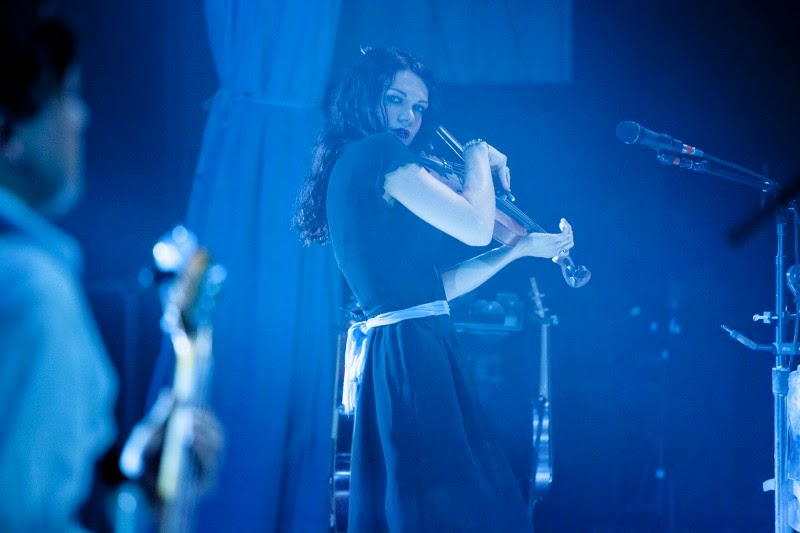 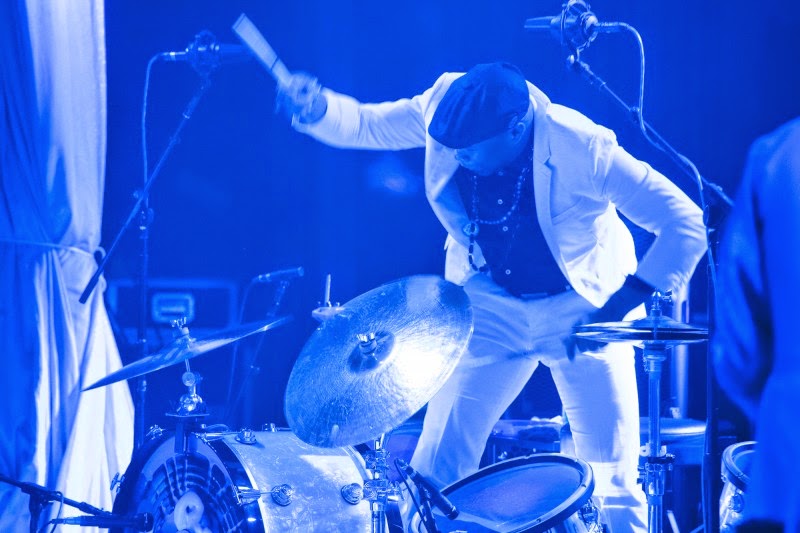 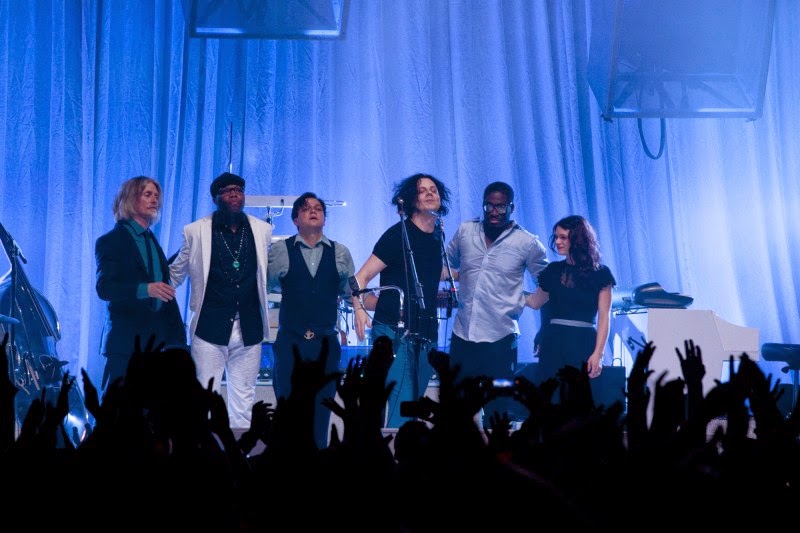